I’ve spent most of my life with Ray

Bradbury’s voice in my head, as told by my dad.** Years ago, my Dad met the author, who told him “Write 500 words every day.” It’s part of that short-story-a-week idea he’s better known for – at that pace, you’ll have a short story in a week.

I hear the 500-word mantra in my head nearly every day; it’s following the rule that’s been most difficult outside of graduate school. Then, 500 words a day was easy. All I had was time to read and write. Not any more. In the past five years, I can show you every excuse in the book about why I never wrote. At first, it just wasn’t a priority. I was intellectually exhausted after six years of graduate school and the emotional challenges of the job market. Switching gears to high school teaching brought new challenges, mostly in relation to time. My days became more structured; my nights (and weekends) full of grading and lesson plans and just getting through that first year. Pregnancy and motherhood in the second year and after shifted my life in ways I had sort of imagined, but couldn’t fully prepare for.

I didn’t touch my dissertation for at least a year after graduation. I didn’t even think about it, and I never had to talk about it because when you’re teaching high school, no one really cares what you wrote a research on once upon a time (to this day, I would bet that most of my colleagues have no idea what I studied, although they know a lot about my pop culture viewing habits). Mostly, I read all the fun works of fiction that I hadn’t had time for in years, and I worked at learning the craft of teaching.

Between Year 1 and Year 2 of teaching, I may have reread the dissertation, but I got no further. Between Year 2 and Year 3, I was on maternity leave, and considered working with it until I decided taking walks with the baby and the dog was a little more my speed that year. You get the idea. I began to think about the project a little more, becoming increasingly convinced that this should be a book for a popular audience, rather than the sort of book I might have produced if I’d been on the tenure track. I write about American women’s history in the military, after all, and in the past few years there have been more changes in women’s military status than many people ever imagined they might see outside of Demi Moore in G.I. Jane.

Fast forward to summer 2015, the summer between Year 4 and Year 5. With my son’s infancy well behind us and the toddler years underway, it was time. Before the school year began, I not only reread the dissertation, but I also made notes on what had to go. I created a writing plan and read a little about how to take a project from idea to actual book manuscript.

I figured I’d move pretty slowly – maybe a chapter a month? That seemed reasonable when I started, but frankly, in August of last year my only idea was “reread and then edit each chapter” – I didn’t yet have a clear sense of the new book as a whole or any idea, really, of how to write it.

I totally overestimated my capabilities to combine my work life and writing life last year. I also didn’t realize until December just what sort of mental work it would take for me to figure out what the book would look like (as opposed to the dissertation). It was exciting to actually figure that out in December, but before then, it seemed like my work had all been #utterfail.

I like to think it got better. I set some spring goals and connected with Bryna so I’d have a writing buddy to keep me on track. I wrote for about an hour every weeknight in January and February. March was a little more hit-and-miss (I coach Mock Trial; March is district and state competitions). April and May helped me move forward some, although not as much as I would have liked. 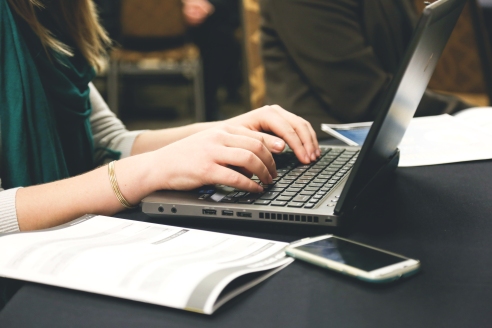 I started 2016 with these stated goals:

This time, I got 2 out of 3. That cut chapter is still languishing, waiting for me to resurrect it and another old piece that I think I could do something with. (Hello, fall goals?) I did write a piece about women in the new Star Wars movie, which I tried shopping around to some online sites in the proposal stage. (I almost got a bite on the idea, but never heard back from the editor when she asked about my writing experience. It wound up on my personal blog, not fully what I’d envisioned, but not something I wanted to give up either.)

Summer was easier; that’s something to write about another time, since it involved drafting the remainder of the book manuscript. Now I’m back at the beginning of the school year, though, and the big question is whether I can build from my (relative) successes last spring and really write daily this fall. If I can write enough “to learn the trick” – to make it as regular a habit as breathing, as Emily Dickinson suggested – that’s where I’d like to be this year.

I haven’t figured it out yet, and the first week of the school year this past week caught me off-guard with a death in the family and spouse sickness (wonderful extra time with my son – always, always fun, but not really great for writing). I wrote nothing last week, aside from some emails and half a lesson plan or two.

This is the week, then. This is the week when I begin brand new. I’m armed with ideas and things I’d like to explore in writing. I’m going for those 500 words. Writing about it here will help keep me honest, like trying to keep a New Year’s resolution that you’ve gone public about. I don’t expect that anything earth shattering will come out of my daily writes, but I do expect that this commitment will help me in becoming the writer I one day want to be.

I’ll conquer the white space word by word, line by line. Let’s do this.

*with best regards to Emily Dickinson

**In my family, reading Bradbury is family legacy: I’m at least a third-generation reader. It’s such a family affair that my aunt has a Bradbury book the author signed no less than four times to my grandfather, my dad, my aunt, and my cousin.

3 thoughts on “To Learn the Trick*”