In the last six months, I’ve had frequent flashbacks to my early college years. Those were the days when the university still had computer labs all over campus (including mini-labs on every other floor of my dorm building), and almost no one brought a computer with them to school. In my freshman year, I practically lived in the computer lab on my floor, often hunkering down with a Subway sandwich in hand and a bottle of soda. I spent hours online and refreshing my inbox in those days before social media. Who could forget all those hilarious email forwards that went around before we could simply link to something funny or interesting in our Facebook feeds?

In the last 19 years, I’ve managed to forget the content of most of those forwards, except for certain ones that had to do with the Profound Meaning of certain words. I thought such emails were long dead, replaced by online memes and 140 characters on Twitter. 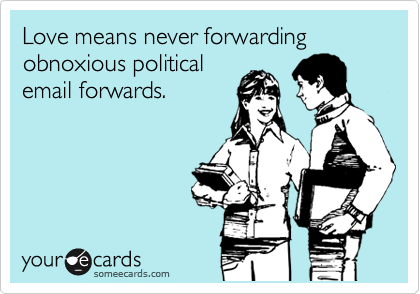 During the campaign cycle, I kept thinking about those political email forwards and the rise of what’s now become known as Fake News. I thought about writing about the phenomenon before November, then put the idea aside.

Apparently, I was on to something, because Fake News has only grown in size in the past few months.

It’s a frustrating issue, but it’s not a new phenomenon, as you can learn about from Backstory’s recent podcast episode, “Fit to Print.” (Personally, I’m a fan of the Great Moon Hoax of 1835.) The challenge at the moment is that Fake News has become particularly politicized and we’re even in a moment in which the definition of Fake News is contested (and even changes).

As a history teacher, I’m particularly interested in and worried about Fake News because I’m trying to teach my students how to become good researchers and learn how to vet sources well. This is something that takes time and practice, and it’s nothing new for our students to be asked to work on. I’m also interested in Fake News because I want my students to understand that facts matter and words matter. We do not and should not live in a post-fact age.

But we do live in an age of skimming and scanning things quickly online, when we’re using our limited time to get news from social media and engage with other people. It’s all too easy to see a headline and pass it on without reading for more details; it’s usually harder to take the time to do some fact-checking to make sure everything is in order.

So how we become more thoughtful in our engagement with news sources? The answer doesn’t lie in discounting a media outlet because it prints something we disagree with or because we find it on the “wrong” side of the political aisle (whatever side that may be to you).

The answer lies in becoming better fact checkers, better readers, and even a bit more skeptical of what we see. We get information coming at us from everywhere and at such a frequency that it is hard to keep up – at times, it’s impossible.

We’re so used to being online now that it’s easy for us to forget that old adage: not everything you see online is true. Or maybe it’s simply that it’s easier to remember that when you’re looking at a site filled with ads, and harder when you see a legitimate-looking headline and link come through your newsfeed.

At my school, we’ve just started the third (and final!) trimester of the year. I’m in my second year as Team Lead for our sophomore required research methods course, which you’ll probably hear more about in the weeks ahead.

One of our goals in that course involves helping students improve their media literacy. This year, we’re kicking it up a notch with a specific focus on Fake News. Our school is part of Global Online Academy, which gives us access to their two-week Flex Course that starts today. All of our sophomores have been enrolled in this class, “The Truth About Fake News,” which is going to help us address the issue of Fake News and help our students develop better habits when it comes to reading not just media sources, but hopefully any source they investigate this spring (and beyond!).

It’s a start. Stay tuned to learn more this month about how the course went, and how the research methods class progresses. In the meantime, if you’d like to think about how you can combat Fake News, check out this webpage put together by my fabulous librarian friend. As an additional bonus, I’ll close with this resource from the International Federation of Library Associations and Institutions.