Last year, I spent the summer months finishing my dissertation. I was a sleepless madwoman, constantly tapping away at the computer and pacing my apartment with primary and secondary texts in-hand. After a hard-earned successful defense and a year of intense job-marketing, I thought I would give myself a bit of a break in 2018. A few weeks ago I made a healthy, feasible list of not just academic but also personal goals, which included submitting a couple articles for publication, starting to learn a new language, spending more time in the kitchen, and traveling. And so, after the semester ended in May, I submitted an article manuscript for publication: “Queering Sexual Difference: The Evolution of the Cixousian Medusa.” (It has been sent to the readers!)

And then…I went on a two-and-a-half week trip to Paris and Aix-en-Provence, France with my partner. We met up with old friends, visited beaches on the Riviera, and ate the best cheeses the regions had to offer. I love travel because it lets me recalibrate priorities and brainstorm about academic and non-academic projects. But even more, I adore allowing myself to spend hours at restaurants, markets, and bakeries; undoubtedly, food is always a major focus of my travel. Which got me thinking. Because I am so intrigued by gastronomy, French and otherwise, I decided that I might incorporate that love into my academic work. This led to my next summer writing project. 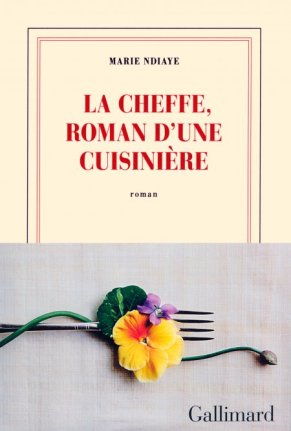 In July, I will be focusing my efforts on finishing an article, “La Cuisine Transcendentale: Food and Spirituality in Marie Ndiaye’s La Cheffe, roman d’une cuisinière.” (*The translated title is: The Chef, a novel about a cook”.) French author Marie Ndiaye has gotten a lot of attention for her work (notably, for her powerful female figures, eloquent prose, and navigation between genres) over the last decade or so. However, little has been published on one of her most recent novels La Cheffe, roman d’une cuisinière (2016). The novel tells a story about a woman born into a lower-class family in southwestern France during the 1950s. To make money, this young and determined woman starts working for a wealthy family around the age of 14 and eventually takes over as their chef. And she is immediately brilliant in this role. From the very beginning, she knows the worth of high quality ingredients and taking one’s time in the kitchen. She has a knack for crafting and putting her own twist on classic dishes like coq au vin, gigot d’agneau, and tarte aux pêches. Food becomes her language and creative force. Throughout these few hundred pages, the reader learns that La Cheffe sees her culinary work as a meditative, spiritual ceremony.

While I was at the library looking for primary and secondary texts related to Ndiaye and the topic of French food writing, I stumbled upon the foundational work, Physiologie du goût, ou méditation de gastronomie transcendante (1825). This book was authored by Jean Anthelme Brillat-Savarin. It was an instant success. Honoré de Balzac, a literary giant of the time, was so stimulated by Brillat-Savarin’s sensational text that he wrote the preface for it. Another interesting anecdote: Physiologie du goût became so beloved and well-known that a cheese was named after him in France. (A very rich cow’s milk triple crème brie cheese whose luxurious nature matches the foodie philosopher’s interest in pleasing the senses.) 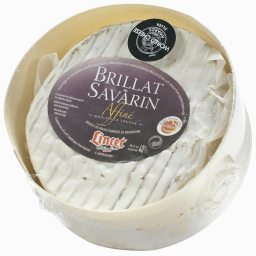 In this text, Brillat-Savarin expounds upon taste as a primary sense of the human body. Taste, he says, is a gift from God that compensates for the human need for nutrition. Throughout his anecdotes, meditations, and aphorisms–one of which is the famous, “You are what you eat”–, Brillat-Savarin writes about the pleasure of the table: eating delectable food thoughtfully prepared by hosts, engaging in conversation with fellow guests, and being welcomed into a comfortable ambiance. And while the pious Brillat-Savarin mentions God, the soul, and gastronomy as “transcendent” or as possibly existing beyond the earthly realm, eating functions as a worldly act in Brillat-Savarin’s text.

To the contrary, Ndiaye’s La Cheffe seems to go deeper into cooking as a spiritual act. Unlike Physiologie, there is less talk about the pleasure of eating and more focus on the celebration of food in the kitchen as a sort of spiritual ceremony. This is not to mention the fascinating light that the novel shines on being a female chef in a male-dominated field. 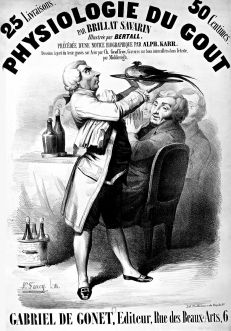 The relationship between La Cheffe and Physiologie du goût is something that I want to think more about as I finish up this paper in preparation for my presentation at a conference this fall. From now until the start of classes in August, I also plan to polish another article for publication, write an abstract for another conference, and do some planning for the fall semester. (Teaser: I have been offered a new position for the upcoming academic year. No official contract has been signed yet, so I’ll share details in my next post!)

But given the flexibility of the summer months, I also want to delve into cooking and baking projects to get a feel for La Cheffe’s experience in the kitchen. Last week, I used zucchini from my garden to make a gratin with a homemade béchamel, one of the sacred mother sauces. As I whisked the butter, flour, and milk, I got a whiff of the sensory pleasure that Brillat-Savarin emphasizes in Physiologie: one must rely on the relationship between olfactory, tactile, and taste senses when aiming to perfect such a sauce. And yet, I also felt the excitement of self-expression and autonomy in the kitchen that I read about in La Cheffe.

So, for me, summertime allows for some breathing room, which includes blending passions from all areas of my life. As I write this post on the plane to Hawai’i, I have my fingers crossed that being exposed to this new vegetation and food culture will only provide more inspiration. Aloha kakou! Until next time…

One thought on “The Smart Women’s Summer, Part 3”